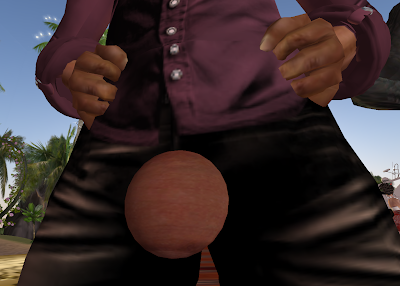 In this virtual world some people take to making their pixel organs somewhat enlarged. For instance this poor soul. In an attempt to attract the ladies he's tried to make his "Admiral Winky" easier on the eye. Alas this has backfired and instead he's made it resemble a greedy hamster. I appreciate that women tend to like cute and cuddly things but generally not when they're attached to a mans groin. However, it may be a cunning
ploy to enable him to go to Franks with his "Chubby Conquistador" out because when challenged he can simply say he's taking his hamster for a walk and that isn't against the rules (yet).

If you want to see extreme examples of EOS I suggest you visit the Keyhole Club. Here you can view a plethora of strange organs. Men seen wearing the kind of weapons the size of which are only matched by those on display in a North Korean military parade. Rumour has it that the late Kim Jong Il was a frequent visitor to the Keyhole Club to get inspiration for new missiles. That and a bit of pixel rubbing.

So if you're ever tempted to perform some pixel surgery on your organs please heed this warning. Making them look like small mammals isn't suddenly going to make people want to jump into bed with you. It's more likely to make them want to place them in a cage and feed them nuts.

N.B.
All credits for this one go to Spencer. Besides being my beastie bestie I officially appointed him now as my co-writer and english teacher. His English is soooo much better than mines :) xxxxxx
Placed by ◕‿◕ Sanne Grantly ◕‿◕ at 4:34:00 PM 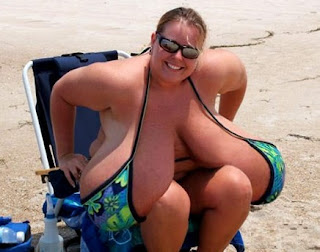 SL is a pixelworld and we can be whoever or look however we want. However, both men and women have the tendency to exaggerate. Especially when it comes to penises and boobs. Maybe because are THE bodyparts both genders feel most insecure about in RL ^^

Since last year there is this new feature in most viewers called the avatar physics. Have you seen these big boobed women that put the slider a bit too far to the right? Do they really think it looks realistic and or even sexy? Omg... looking at those big boobs move like heavy bags filled with water makes one seasick so you better don't look at them dancing on an upbeat tune. It's really beyond my imagination that men can get turned on by looking at it. On this picture you see the equivalent of the Slapping Breast Syndrome in RL. You still like what you see? Go and join the Woobly Boobly Club! 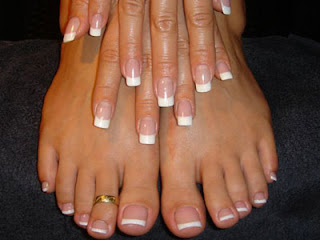 The Internet Picture Syndrome is definitely one of the most common syndromes you will come across in SL. You find them in lots of profiles in SL tab, picks and RL tab. Of course there is nothing wrong with that (as long there's no copyright on the pic) but if you put one in your profile suggesting it's you or a part of you that's plain dumb.

Angelina Jolie, Ivian Sarcos, Adriana Lima, Chris Evans, Colin Farrell, Simon Nessman, etc. are not online on SL. They probably all have a look alike somewhere but it ain't you!

And by putting pics of only body parts (lips, legs, eyes, hand and feets) taken from the internet in your profile that means probably ALL of you is really bad news in RL.

The picture shown in this syndrome was in the RL tab of some woman.
I searched for it with "french manicure" on the internet and found it within 1 minute on a Dutch site. ttp://www.schoonheidssalonmachteld.nl/page9.php

She had also the following in her profile:
"The dumber people think you are, the more surprised they're going to be when you kill them." and "Don't Believe Everything You Think". Glad to read that she's not that dumb that she believes what she has written but she definitely ain't going to kill anyone. 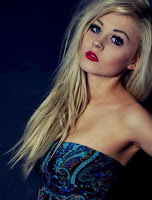 The first one that sends me the internet link where the girl on this pic can be found wins 1000L$. Don't forget to mention your SL name otherwise I won't be able to transfer it to you. My closest friends are excluded from this contest. That means you too Spencer! 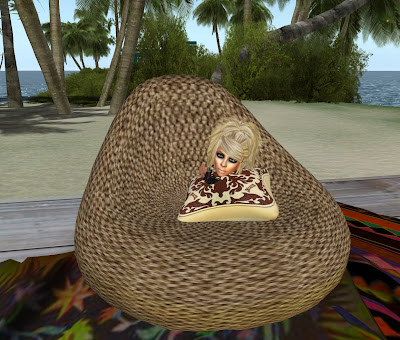 This picture shows u a clear example of the Lost Body Syndrome. Rumour goes that there is a head chopper active in SL who's only interested in female bodies. Where he takes the bodies and what he does with them still remains unknown. If you have any information about the head chopper and or find bodies or heads please contact either Emma Schaffner or me.
We will try to put heads and bodies (if not too much damaged) together and return the whole avatar to the rightful owners. 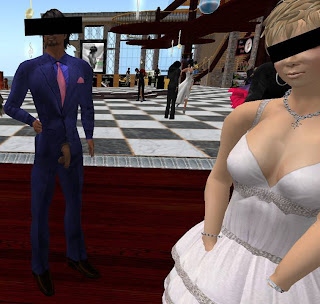 This picture shows u a clear example of the Cock-Out Syndrome. It obviously only occurs with men that are in SL for only ONE reason (T-girls have boobs!). It isn't hard to guess which one although it isn't yet hard on this picture. However... a non-erected cock indicates that he's desperately looking for a girl to have sex with. These men are definitely the less subtle ones. They are only seen with noobs and really desperate women.

If you could search his pockets in RL you probably only would find tissues..... Yikes !!
Placed by ◕‿◕ Sanne Grantly ◕‿◕ at 2:22:00 PM 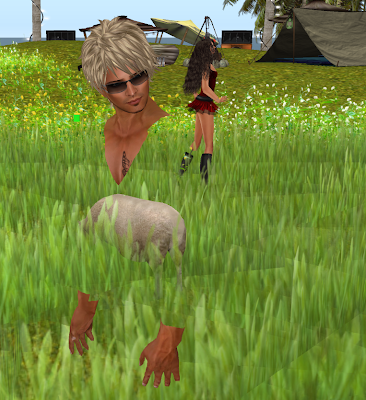 There's a famous chinese proverb that is applicable to the Bleating Man Syndrome, namely: "When a sheep appears in a man he will soon start to bleat... Baahh".

This picture shows you a clear example of how this syndrome is shown in sl.

(Source: Sheep: "This time it's personal" / David Murray at The HeadHeartHand Blog)

We keep logging on and on no matter how many times we get hurt or fooled, we don't wait until we're rezzed but run people over, people get partnered over and over again, we are disrepectful and egoistic, a lot of avs still look and walk like newbies after  a long time online, SL is a MMORPG and yet there are a lot of sims with only one av on, we copy other avs appearance and clothes and go to the most crowded places.

I think the resemblance with sheep characteristics speaks for itself and only gets magnified
in SL. Uhhohh... We're all just dumb sheep!!

N.B.
lolzzz Spencer... You're not only messed up but now also meshed up! Uhhohh.. and please don't stop growling. I never fancied sheep ;)
Placed by ◕‿◕ Sanne Grantly ◕‿◕ at 3:50:00 PM 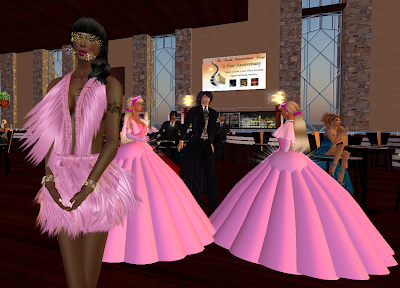 Don't know if you remember the MSS (Mating Season Syndrome) where in spring the female SL birdies dress up to find themselves a mating partner? This is a simular one but with one difference it concerns the gay guys in SL operating a female av.

The Gay Parade never takes place in spring because gay guys hate having too much female competition AND they aim for the best "food". That's why you see them in crowded places just before springtime (February and March). In apperance they are easily to recognise because they love to wear pink as shown in this picture.

As for them trying to seduce a guy they use another strategy then women:
For guys they would make the best partners because they don't do the things men hate in women. This is a virtual world, a world of imagination so why care who's behind the avatar? As for women.. please don't let the gay guys get hold of all the good guys !

N.B.
Uhohh... It leaves me really clueless why men drop sometimes unasked pictures of themselves in my inventory. I wonder if women do the same ^^
Placed by ◕‿◕ Sanne Grantly ◕‿◕ at 9:07:00 AM 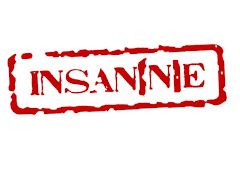 Being an author is like being in charge of your own personal insane asylum...


Sorry.... Not possible to react anymore.
I have left SL ages ago :)